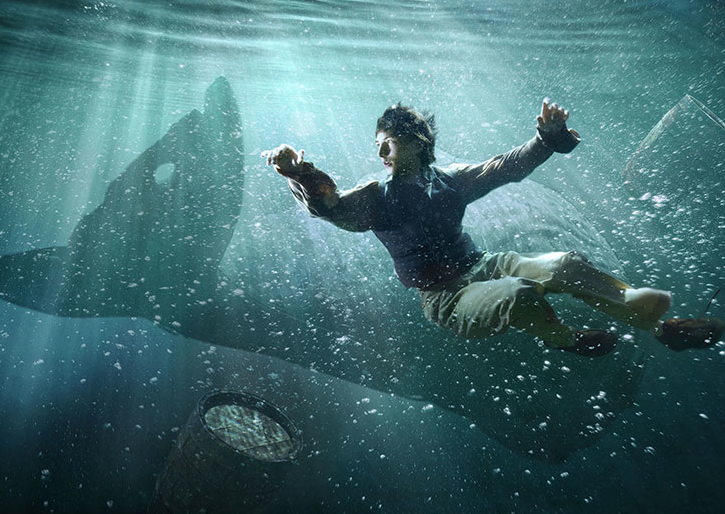 The story presents the story of the Essex Whaler, a ship that set sail, like so many ships of the time, to try out the bloody battle for the ocean. According to a press release from Animal Planet, this was a time of many epic man-versus-whale struggles. Essex faced a whale that refused to die and ultimately brought the humans on board to test their limits and their will to survive. Before today’s efforts to save whales and protect their habitats, these majestic creatures were in the sights of sailors.

The feature film also stars John Boyega from the new Star wars cinema and Attack the block and Charles Furness from 24: Live another day. Furness plays a younger version of Sheen’s Nickerson character. Recently Hollywood soap box exchanged emails with Furness about the whaling adventure. Answers have been edited slightly for style.

Were you a fan of Moby dick before working on the film? Were you aware of the real story behind the story?

Not really. I only learned the true history of Essex by hearing it. I hadn’t even read the story of Moby dick in school, but I had seen old versions on TV growing up. I was amazed to find it was a true story.

How difficult was this production compared to other projects?

Well that was actually my first profession[al] acting work, so I had nothing to compare it to. I was really in the deep end… literally.

Did you work a lot with Martin Sheen? Did you talk about the character together?

I didn’t work directly with Martin at all because we’re basically the same character and we haven’t toured together. I met him during his part of filming in England, which was an honor. He is a [lovely] man, and he gave me presents, which he didn’t have to do, since he knew it was my first job as an actor. He’s a real gentleman. I like Apocalypse now and Badlands, and he answered all my boring questions.

In your mind, what kind of person is Tom Nickerson?

Tom is a real innocent man, he is full of ambition. But throughout the film, we see a lot of his other qualities shine through. He’s also an outsider or a “coof” as the people of Nantucket would call him, and that label makes him even more willing to prove he’s just as capable as everyone else.

What does Tom’s story say about survival and the human spirit?

That says a lot. These men had to survive mentally, physically and emotionally – some people will judge certain elements of their survival, but until you have to go through this situation, you don’t know how you would react. They were strong men with hard work; they had families to feed and fight to return. As long as you have hope and something to live on, your will to survive and your human spirit will keep you going.