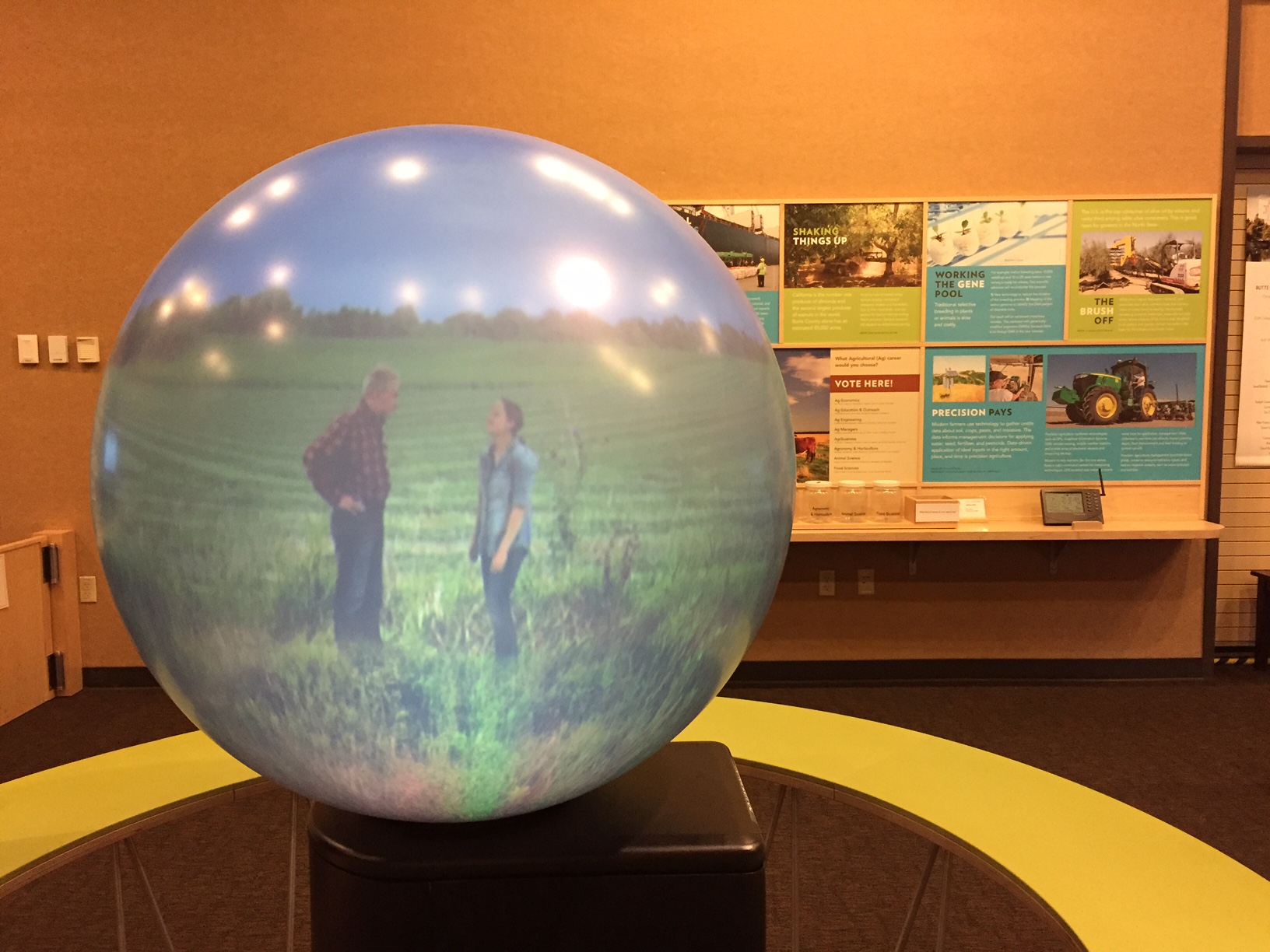 Scott Bladorn, graduate in electrical engineering and intern in GSM technology, recently equipped the GSM with a Magic Planet globe, an educational tool developed by Global Imagination. The Magic Planet is an image display projected onto a spherical lens, creating the effect of a rotating globe that viewers can interact with via a touchscreen.

While some exhibits around the world have used the Magic Planet globe to showcase Earth’s climates or Jupiter’s gaseous atmosphere, the GSM swirling sphere is currently shining a light on the influence of the state’s agriculture. North.

Over the past few months, Bladorn has worked to outfit GSM’s Magic Planet with a personalized display, titled “Modern Agriculture – Almonds, Rice and Walnuts,” which tracks global production and yields of the three major cash crops. of Butte County. The screen is part of the larger Modern agriculture permanent, but evolving exhibition, showcasing the agricultural practices of the Northern State.

While most of the visual elements on the globe were created by Global Imagination, Bladorn said he faced the challenge of adapting these elements to meet the needs of GSM. In addition to scheduling the display, Bladorn was tasked with collecting data from the Statistics Division of the Food and Agriculture Organization of the United Nations (FAO) on global production of almonds, rice and nuts. He then had to generate display maps for the data as well as create the user interface that allows viewers to interact with the globe through a touchscreen.

“I can see us doing some cool things with the globe,” Bladorn said. He hopes to see the screen used as an interactive tool in future lessons, like the GSM Hour of Code, which aims to engage K-6 students in coding.

“Being able to take this exhibit and look at it from a technological point of view, and then get kids interested in these new ideas and technologies.